Whatever your business, however big or small, you will at least periodically need to engage graphic design services. When you do, be wary of the pitfalls and take care to ensure the solution you choose is appropriate for your needs.

Nike was the first major brand to use an icon as a stand-alone logo. In no time at all, the ‘swoosh’ became synonymous with the name Nike. It was a breakthrough move as at that point in time most brand guidelines prohibited the separation of brand elements: the badge could not be represented without the words. That’s all changing. Today, Market Expertise will not create a design brief for a new logo without explicitly asking the designer to consider the social media avatar. It’s taken a long time for brands to clue in to this. For years we witnessed brands reduce their logos to microscopic proportions so they would fit in confined spaces. They’re finally realising it’s not only okay to le an element sing solo, it’s probably preferable.

If your company can justify employing an in-house designer, and that person will be the only designer on staff, be careful to recruit someone who has the necessary organisational skills, not just the creative nous. Many designers are accustomed to working in teams which means they have been able to avoid the non-design aspects of the role. Make sure the person you bring on board can take briefs directly from the stakeholders in your business, juggle competing projects and priorities, source quotes from printers and other suppliers, and manage the production process (quality control). A lot of designers don’t just dislike these aspects, they’re woeful at them.

Conversely, if you’re outsourcing your design work, be careful to choose a solution that’s a good fit for your business. Working with a design agency is two or even three times the cost of engaging a freelancer (we’re talking ballpark $300 per hour compared with $90 per hour). While for some businesses, it will be worth paying for those added layers of management and supervision, for many, it’s unjustifiable.

Many agencies add a percentage to third party costs – a commission, if you like, typically in the order of 10 per cent to 15 per cent. Where design is concerned, this will most frequently occur when there’s printing or media placement involved. Instead of having the printer invoice you directly, the design agency will add a line item to their invoice. I once worked with an engineering firm whose design agency was raping it by adding as much as 50 per cent to its print costs. It was unethical. I’m fundamentally opposed to this way of doing business. Even now that I have set up my own agency I refuse to make a profit from third party expenditure. My advice to you? Put it in your contract: Third party costs are to be invoiced directly.

Put a system in place so your brand assets are in identifiable, easy to locate, and backed up. It’s a fact of life that people move on. You don’t want your business being disrupted every time they do.

In the #digital economy, where DIY tools like #canva are freely available, how necessary is #graphicdesign ? https://t.co/eaLomuHewf #brand

If you use a pool of freelance designers, as I’ve sometimes done, make sure you have a file sharing system in place, and are rigorous about receiving the working files at the completion of every major piece of work. Otherwise, with the passage of time you’ll lose track of where things are, or be inconvenienced when one of your ‘pool’ is absent or unavailable. Of course, this assumes you’ve addressed the issues of copyright and intellectual property ownership in your contracts.

I have the utmost respect for design and designers but I’ve also come to appreciate how much can be achieved using Word and Powerpoint. The real value of working in those products is you don’t need to engage or involve a designer whenever you need to update the piece. Unfortunately, graphic designers tend not to be trained in Microsoft products, or they’re purists who simply refuse to work with them.  One of the best recruits I ever made was a woman who thought of herself as a “word processing operator”. She was exceptional. She could take virtually any InDesign layout and recreate it in Word. In my opinion, every ‘smart company’ should be in a bidding war for that woman. Respect.

I once headed up the Australian marketing function for a global commercial property firm. At the time the company was one of the biggest print advertisers in both national business and major metropolitan newspapers. Its media spend was formidable and it had contracted one of the country’s best-known advertising agencies to support its campaigns. What I discovered soon after commencing my role was the dysfunctional nature of the relationship between the client (my employer) and its agency. Instead of working together as partners, the two were acting as adversaries. It soon became clear that the animosity was largely due to the poor quality briefs my company was giving the agency: they were ambiguous, contradictory, poorly constructed and incomplete. So of course that resulted in the agency delivering inferior creative solutions and failing on turnaround. My point? The suitability of the creative will always be directly correlated to the quality of the brief. Give a confusing brief, expect confusing creative. The best way to avoid this is to put a brief protocol in place – one that’s been developed jointly – and then mandate its use.

We’re now living in a world without borders and that means you can procure from anywhere on the planet. I’m a regular user of Australian designers and agencies, but I also frequently take advantage of the online marketplace. 99designs is a case in point. Established in 2008 by a couple of blokes in Melbourne, this website allows businesses like mine to put their design briefs out to the world. Registered designers compete, with the winner receiving the nominated cash prize. In just eight years, 99designs has facilitated design contests worth over $142 million. My most recent competition attracted more than 50 entries from six countries and I now selectively engage several of the designers for one-on-one projects. Moreover, coming back to the above point about IP ownership, with 99designs the copyright is automatically transferred when the ‘winner’ is paid.

We’re fortunate to be living and working in the digital age; in a sharing economy, in open source communities. We have access to all manner of DIY solutions and tools to help us do our work faster and better. Canva is a great example. It’s an online graphic design platform which allows members to access a wide assortment of design tools and templates so we can easily produce simple graphics, such as to accompany our social media posts. Still, as much as I value having access to sites like Canva, I remain a huge advocate for professional designers. The keyword being ‘professional’. It’s worth remembering and remind your stakeholders that graphic design is a profession that takes time to learn and talent to master.

Finally, if you are to invest in one thing this year, let it be your brand guidelines. These guidelines are the single source of truth which your internal staff and external providers will defer to and rely on to ensure the consistency of your brand in years to come. They should be periodically reviewed and updated in response to new media, new technology, and the evolution of your brand. 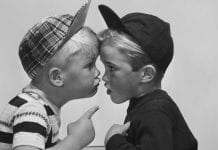 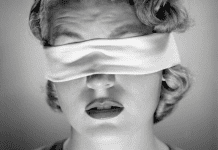 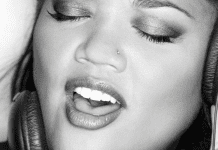